The owner/director, Samantha McShane, began her love of dance at the age of two.   Samantha graduated from Wachusett Regional High School and continued her education at Dean College as a dance major. She has attended many dance conventions and seminars given by top professional dancers and choreographers, such as Maurice Hines, AC Ciulla, Derick K Grant, Jay T Jenkins and Travis Wall.  Also, she was employed as a character  at Walt Disney World and was a member of the New England Surge dance team.  Samantha has taught in numerous dance studios in central Massachusetts, choreographed for local theater productions, and for three years was the advisor to the Shrewsbury High School dance team.  At both regional and national level dance competitions her dances have won both choreography awards and overall top dance awards.
Devon has been a dancer for the past 18 years, she started her dance training at the Boucher School of Dance under the direction of Judy Boucher. Devon has been teaching dance for the past 8 years at several local studios, teaching a variety of dance techniques to all levels of dancers beginner through advanced. In 2008 Devon graduated from Dean College with a B.A. in Dance.While studying at Dean, Devon trained under the direction of Nialah Randal Bellenger, Jill Silverman, Joan Palladino, and Michelle Desilva Ball. Devon has danced for AC Cuilla, Jay T Jenkins, and Maurice Hines. Devon has performed in many productions such as Jazz Tap Extravaganza! And Dean College Dance Company as a soloist for three consecutive years in jazz and modern. Devon has choreographed for the Worcester State Dance Team at Worcester State University, in addition to Vice-President and Captain of the Dean College Dance Team, Dean College, Franklin, MA. Devon continues to study dance and takes classes at every given opportunity. Through her classes and teaching techniques, Devon wants to influence dancers of all ages with the passion and joy she has for the art of Dance.
Sarah fell in love with dance at the young age of three. Sarah has danced and trained in many dance disciplines but has discovered a true talent and passion for tap. This love for tap was showcased by her title winning dance routine in the Miss Dance Capers Dance Competition when she was fifteen years old. She has attended many dance conventions and seminars given by top professional dancers and choreographers, such as Frank Hatchet and Ray Leeper. Sarah has performed opening numbers at the Boston Celtics and at Disney. During Sarah’s time at Shooting Stars Performing Arts she has choreographed highly competitive and special award winning tap routines. She has a passion for teaching and enjoys watching kids as their love for dance grows from the time they are in the toddler classes to when they are graduating seniors. Sarah also has a bachelor's degree in Human Services and Rehab Studies with a concentration in working with children and adolescents that she received from Assumption College and works part-time with adults with mental illness in Worcester.

​
When SSPA first opened it's doors in 2010, Kayla was one of the first students to enroll. She continued to take a variation of styles throughout her dance education and assisted under Ms. Sam with pre-school classes as she entered high school. After graduating from Wachusett Regional High School, she has graduated from Worcester State University majoring in Early Childhood Education. Kayla's love for dance has not gone unwavered and is continuing her love of performing and growing as a dancer with the competitive Worcester State Universitys Dance Team! Kayla is excited to join the staff of SSPA and be able to combine her love of kids, dancing, and growing as an educator. 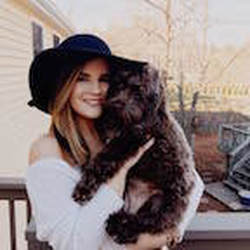 ​Lauren began dancing at the age of 3, and hasn't stopped since! Growing up in Northboro, MA - she was trained at a competitive studio in all styles and also took advantage of master classes and conventions. Lauren was on her studios competition team where she had a huge part in their dances winning National recognition at competitions including Starpower and Turn It Up. While being apart of the team, she was also a valued assistant throughout her time at her home studio. Upon graduating Algonquin Regional High School, she entered into Assumption College where she received her bachelor’s in marketing. Not wanting to let her love of dance, performing, and teaching go, she joined the Assumption Dance Team and became apart of the SSPA staff as an Instructor/Aid as a freshman in college. She has loved watching SSPA grow and having a part of it both in the studio and as our marketing professional. Lauren is a valued asset to the SSPA Team and we are so excited to have her continue to grow with us!

Karin McCarthy, was the Owner/Director of the Boucher School of Dance for almost 15 years and was not only an alumni but on faculty for over 30 years. She has been certified by Dance Master of America and the Dance Teachers Club of Boston and is an active member taking master classes at every opportunity to continue her training. Karin served on the Board of Directors of DMNE for over 10 years and most recently as Vice President and President positions for Dance Masters of New England, in association with Dance Masters of America. Karin has choreographed many award-winning routines for her students, including regional and national high scores, Regional Title winners and National Top Ten Title holders. An extremely versatile teacher in that she teaches several forms of dance; ballet, pointe, pre-school, modern, jazz, lyrical, contemporary and tap; many of Karin’s students continue on to college dance programs throughout the United States such as Pace Commercial Dance, Dean College, Oklahoma University, UMass and Florida Southern as well as professional dancers at Walt Disney World Orlando, various modern companies, theme parks, cruises and in NYC. Her accomplishments have allowed her to judge for the Dance Masters of America National Performing Arts Competition. Karin is also on faculty as an adjudicator for Hall of Fame Dance Challenge National and Regional Competition currently starting her 8th year.  Karin has choreographed for the Worcester Light Opera Children’s Program, local cheering organizations, local gymnastics floor routines and ballet classes and is a graduate of the John Robert Powers Modeling Association. Karin is a passionate teachers who loves working with dancers of all ages and abilities. When not in dance,  Karin spends time at horse events with her daughter and watching her son race in events at Stafford Motor Speedway with her son and husband. Karin loves the theater, reading, and ADVENTURES!